No one argues the importance of self-defense. The world can be a dangerous place, so one must be able to stand up for themselves. However, you're less likely to witness a physical fight today than you would a century ago. Instead, I will argue, most modern attacks are psychological, and few of us escape unscathed.

In the attention and reliance economy, tech companies try to hook us onto their products. Toxicity abounds online, from the hate speech to the desensitized trolls to the smear bots. Media companies share dystopian stories as if they were a greeting, and try to get us to care about the Kardashians' jaguar's favorite strain of catnip.

For people in tech, psychological abuse is even more prominent, at least in part, I believe, because nerds get less social experience on average. Silicon Valley's flame wars with shitty journalists (who use manipulation and power plays are trade tools) are well known. And then of course you have actual social engineers, who know humans are less easily patched than computers.

With these developments of the decade, perhaps it is time to consider a new occupation: A psychological martial artist—a person who teaches you how to defend yourself against social engineering/manipulation/persuasion attempts. Perhaps they'd run an online dojo; where you'll practice handling gaslighting instead of learning to escape headlocks.

Through psychological martial arts, you might just be better prepared for the scum that awaits you online.

Pushing this idea further, a more evolved ethical social engineer will attempt to strengthen human minds at scale. I'm reminded of Plato, who said, "One of the penalties of refusing to participate in politics is that you end up being governed by your inferiors."

Maybe this person could teach the competent to psychologically fight against the sleazy politicians— use their charisma to gain power, and eventually reform both the outdated policies and the mindsets of their peers. If the average human lifespan is to continue growing, old dogs must learn new tricks.

Here's an epic piece from [[Mike Solana]] I'd recommend reading, which I inspired this section of the essay.
Here's a (golden) excerpt: 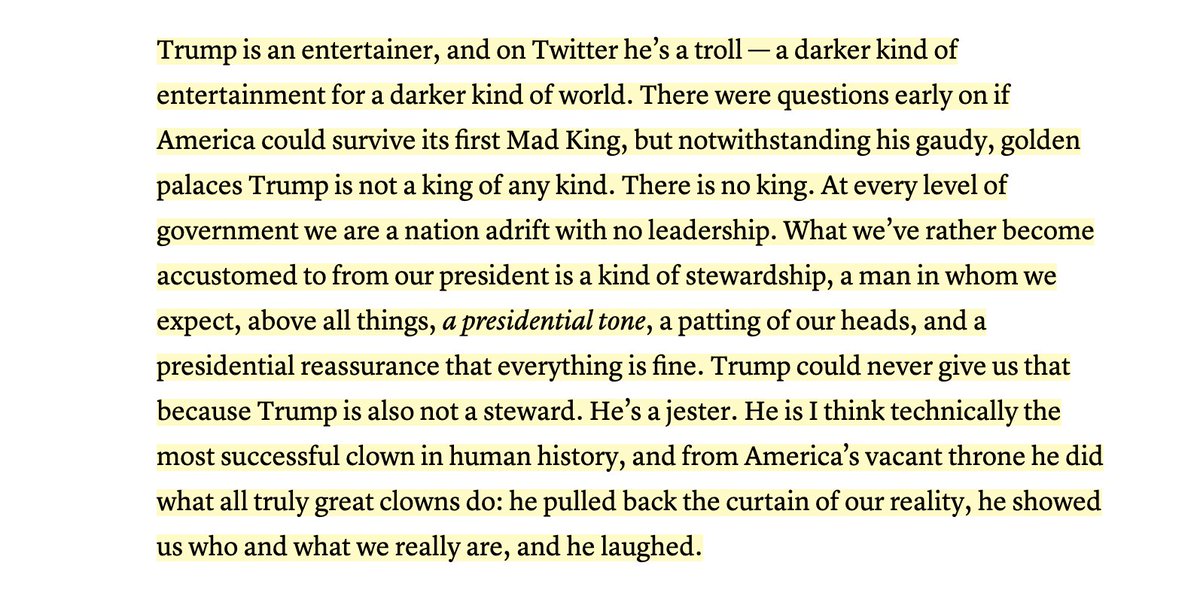 What would a social-engineer-for-good look like? For some reason, my mind goes to [[Conor Sullivan]] of Roam Research fame. His firm embrace of the #roamcult is no accident, I'm sure. This is a good thing :)

Anyways, in summary: learn to protect your mind, because more than one person is interested in messing with it. Then, maybe use your skills to ethically hack others :)

Also related: the infamous The Gervais Principle by [[Venkatesh Rao]], which breaks down the power dynamics of The Office.

Why I'm afraid of writing

While writing what I consider my best essay, [[The Information Platform of The Future]], I had many bouts of writer's
Nov 30, 2020
2 min read
Nov
19

The Social Information Platform Of the Future: GPT-3, The Next Wikipedia, Stepping Outside Filter Bubbles, and Unprecedented Learning

(My) Reasons To Start Hiking, and Why I Want To Climb Every Summit in Mauritius

Why Does The Internet Lack Authentic Voices?

This is something that has been bothering me for a while. I have been scrolling through the internet for about
Oct 24, 2020
3 min read
Mar
31

We built an app (that works) to end the crisis quicker in 🇲🇺. Now we need your help to deliver it to you.